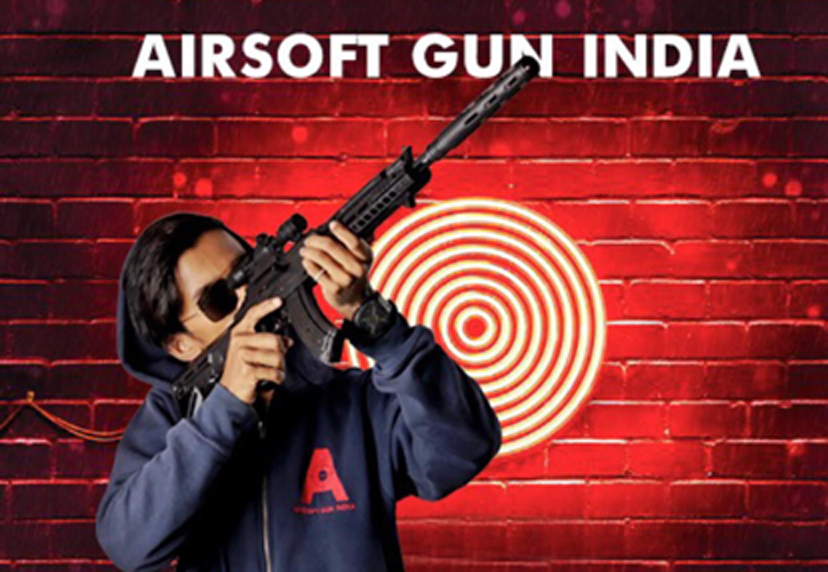 Airsoft Gun India Pvt Ltd is a registered Air gun dealer licensed to sell and transfer Air gun based out of Mumbai. They are The Department for the Promotion of Industry and Internal Trade (DPIIT) certified startup whose aim is to promote Gun safety in India. They very well know that gun ownership comes with huge responsibilities and India already had some of the strictest gun laws in India. So, Airsoft Gun India Pvt Ltd meant to educate people about the right usage of Gun and safety associated with it.

Shooting sports is considered as one of the safety game in world and the taboo about guns still exists today even if it’s toy or air gun. Therefore, Airsoft Gun India also promote safest usage of Air gun and sports air gun with the belief that in shooting we are completely safe since we are hitting the target as compared to other games be it cricket or football where there remains the probability to get hit by wall and getting injured. They feel People in India should be educated about guns along with the usage of Air guns.

As a matter of course India has a huge potential for shooting sports. However, Shooting is considered as one of the most expensive sports in India as every event of shooting varies from gun to bullet cost. The founder Mr. Rajesh Kumar shares an experience from his personal life while he was a student and he aspired to play shooting in Olympics but due to its heavy costs he could not afford at that time. With this initiative Airsoft gun India private limited focuses to open Shooting range all over India and make it affordable for shooting sports enthusiast. They plan to open 300 shooting Range all over India till 2025. They also strive to enter the defence Industry with their brand Defence contractor India where they will provide customize modern solution for Training the armed forces with new and High-tech technology.

Airsoft gun India aims to tap the rural India and bring out new talents as it believes that there is huge talent in rural India but are not been able to present to light due to the non accessibility of gears and equipment and Airsoft Gun India pledges to fulfill this gap.

Airsoft Gun India put their customers at the heart of their organization and they believe client’s happiness is all that matters at the end and they sometime go out of their way to help and serve their customer, with love and passion due to their affection for guns more than anything else. They are client centric in their dealings and create culture around the customer and their needs. Their commitment in delivering customer value is genuine. Their aim is to serve Indian gun lovers with world class Air gun, sports air gun and Airsoft gun.

Airsoft Gun India was felicitated with the following prestigious Awards

Airsoft Gun India is the most trusted online site for shopping, serving their customers with more than 4 years pan India. Customer data security is of utmost priority for them so they use advanced SSL encryption to ensure safety and security while handling sensitive data like card information, bank details etc. Shopping with them is easy and secure!

As per the study there has been a surge in the Airsoft guns market due to the increase in people’s interest for adventurous sports lessening stress from hectic work. Besides, the elevation of leisure activities is predicted to promote Airsoft gun’s scope as predicted. As per the Global Airsoft Guns Market 2021the rifle which is one of the type of product of Airsoft guns has been gaining popularity amongst the adventure sports enthusiast due to its convenience and robust nature. Along with its lightweight feature and the convenience to fire from one hand had also been one of the key reasons behind the customer preference to purchase Airsoft guns.