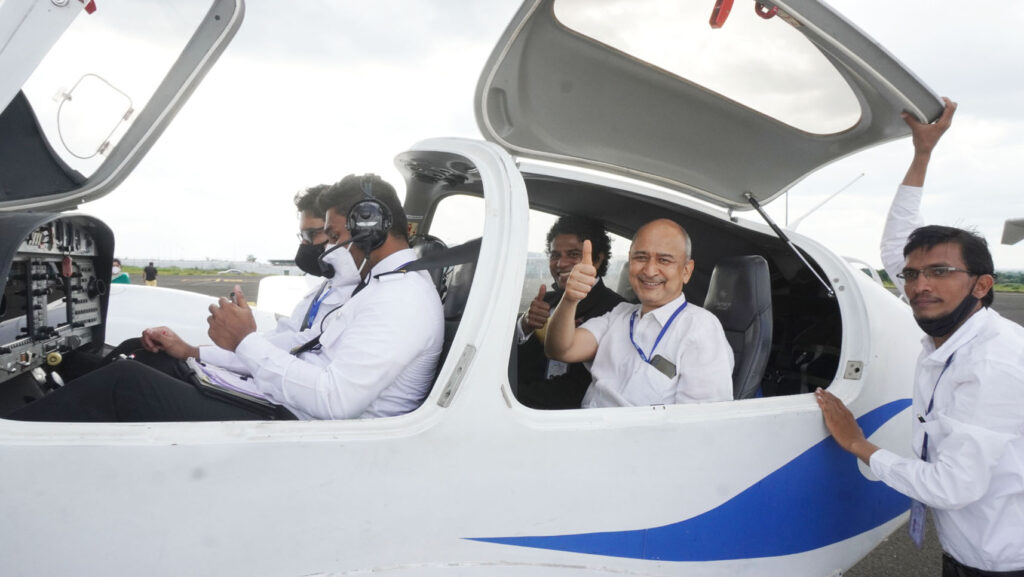 The Secretary flagged off the Flight Training Aircraft of APFTAL from Kalaburagi Airport.

India is expected to be the 3rd largest Aviation market in the world by 2025 and there is a huge requirement for well-trained pilots in India: Mr Hemanth DP, CEO, APFTAL

A Ribbon Cutting Ceremony was performed and the foundation stone was laid to initiate the operations at APFTAL at Kalabuargi Airport in the august presence of Dr. Umesh G Jadhav, MP, Kalaburagi, Ms. VV Jyotsna, DC and many other Senior Govt Functionaries.

Interacting with the media on the sidelines of Inauguration Mr Pradeep Singh Kharola said India has 32 FTO(Flight Training Organization). They were not doing well for various reasons. Eight more are permitted by DGCA recently. This initiative will help the Indian flying training sector in becoming more self-sustaining, he added.

Of these eight two are coming up at Kalaburagi Airport. One of them is APFTAL.

Earlier our boys and girls were going abroad and faced many difficulties. Now under this new policy, a good amount of incentives are given to FTOs. Now that these training academies are at their doorsteps, students need not go abroad for their pilot training. All the 8 new FTOs will become functional in the next three months, the Union Secretary, Civil Aviation said.

APFTAL is the first of these eight to commence operations, informed APFTAL.

Pradeep Singh Kharola said Job opportunities for pilots are immense. There is good demand for well-trained pilots, he said. We endeavor to stop the mass exodus to abroad for pilot training and make India a hub for pilot training shortly he said.

India requires 9,488 pilots over the next five years stated Union Aviation Minister for Civil Aviation in Rajya Sabha in September 2020 and will grow to be the 3rd Largest Aviation market globally, surpassing the UK, in the next five years. To meet this tremendous growth opportunity India needs to have a ready supply of well-trained world-class pilots, said Mr APFTAL CEO Mr Hemanth DP.

Joint Secretary, in the Ministry of Civil Aviation Mr Amber Dubey said the eight new FTO flying are set up under the new model, new liberalized Flying Training Organisation (FTO)  Policy of the Airports Authority of India (AAI). These will be set up at Belagavi, Jalgaon, Kalburgi, Khajuraho and Lila Bari airports. APFTAL is one. We have found that the existing ones were unable to perform well because of high rents, which we brought down by 85%. The Royalty system which existed earlier of paying 13% to AAI is abolished. This will help Flight Training Academies to a very large extent, he added.

Earlier 32 FTOs together used to train less than 500 pilots a year, and another 350 used to get trained in overseas countries. Still, this number is way beyond what is expected demand. The new FTO Policy guidelines are the few baby steps and will augur well for the industry. We at the government know well that we are into governance and not into operation. With these new FTOs and many more from the state governments side will do good for the industry he said.

Post the Pandemic, every sector is trying to revive, but Aviation is trying to survive. What are the efforts taken by the Union Government to rejuvenate the industry Pradeep Singh Kharola said the Government is doing everything that it can. Even if the Pandemic disappears in near future, the first thing people want to do is travel. That will augur well for the industry.

Mr Hemanth thanked Secretary, Civil Aviation, Mr Pradeep Singh Kharola for his efforts in promulgating progressive policies for boosting the growth of the Flight Training industry in India and move towards an ‘Athmanirbhar Bharat’ in Aviation and Pilot Training as envisioned by our Hon’ble Prime Minister, by 2024.

Mr.Pradeep Singh Kharola also planted a Sapling to mark the occasion and Flagged off the Flight Training aircraft of APFTAL from Kalaburagi Airport.

The Secretary also took the opportunity to interact with the Cadets and Team and gave them words of encouragement and enlighten them about the bright future of the Indian Aviation Industry.

On this Momentous occasion, APFTAL CEO Mr Hemanth DP stated that Aviation is one of the fastest-growing industries in India, recording a CAGR of 10% growth consecutively for over 48 months, pre-covid.

Hyderabad based APFT recently announced its ambitious expansion plans to Kalaburagi. Accordingly, it was inaugurated on Sunday.  It recently  entered into an agreement with Airport Authority of India (AAI) for establishing a Flight Training Organization on Design, Build, Operate, Maintain and Transfer (DBOMT) basis at Kalaburagi Airport, Karnataka for 25 years. This is in line with the vision of Asia Pacific Flight Training to produce the best well rounded aviation professionals with the highest standards of integrity, safety, discipline and professionalism.

Asia Pacific Flight Training Academy Limited (APFTAL), was established in 2012-13, based at Rajiv Gandhi International Airport (RGIA) and Begumpet Airport Hyderabad with a vision to produce World Class Pilots with the highest standards of integrity, safety and discipline. APFTAL consequently has an enviable placement record of 97% (pre- covid) with its Cadets flying in all the nine Indian Airlines and many Aviation organizations.

APFTAL is one of the few Flying Training Organizations (FTO) in the country to conduct Flight training from an International Commercial Airspace, giving its cadet’s a Real-time and hands-on flying experience enabling them to transition seamlessly into a. 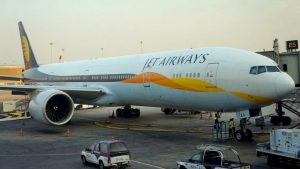 Without the routes, the airlines will fall flat; Deepak Talwar on debt-ridden Jet Airways