Mumbai, Maharashtra [India] : Specialty chemicals company LANXESS India has received multiple awards from the Indian Chemical Council (ICC), recognizing the organization’s commitment and outstanding performance specifically in the areas of Environment and Human Resource Management under the ‘Large Companies’ category. It also won the Certificate of Merit for Best Compliant Company for two codes under Responsible Care – Process Safety Code & Distribution Code. Additionally, based on the Nicer Globe Initiative of ICC for Transportation Safety, two of the top three drivers who were engaged by LANXESS were awarded as the ‘Best Drivers’ for their disciplined performance towards road safety.

LANXESS has been annually bestowing awards to the top Transporters & Driver partners on Safety Performance. All the vehicles contracted with the company are GPS tracked and violations, if any, are recorded and corrective actions are taken including driver counselling by an external partner company – Hubert Ebner.

The Responsible Care Award by ICC recognizes the organization’s ongoing efforts in maintaining high Process Safety and Distribution standards through effective site management. Only 64 out of nearly 40,000 large, medium and small chemical companies in India are Responsible Care Certified and LANXESS is one of them.

The awards were presented to all the winners on Friday, 25th September at the ICC Awards function held virtually in the presence of Chief Guest Rajesh Kumar Chaturvedi, IAS, Secretary, Department of Chemicals & Petrochemicals, Government of India and Purnendu Chatterjee, Founder & Chairman, Haldia Petrochemicals & The Chatterjee Group.

Commenting on the success, Neelanjan Banerjee, Vice Chairman and Managing Director, LANXESS India who has recently been appointed the Vice Chair of the National Chemicals & Petrochemicals Committee of CII (Confederation of Indian Industry) for 2020 – 21 and also Head of the sub-committee on Safety and Sustainability at CII, said “This is an extremely proud moment for us as we have been continually striving to set newer benchmarks in the areas of business processes and efficiencies with special focus on environmental topics and safety. We are privileged and honored that our efforts in these areas have been acknowledged by ICC.” 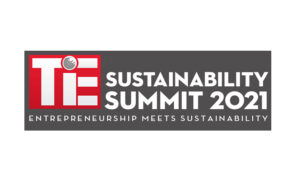 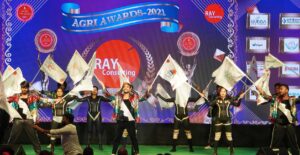